Agriculture is the backbone of what gave rise to the earliest of settlements and allowed humans to grow. It began around the same time in different areas around the world and with agriculture came the very start of modern civilization.

While agriculture originated in several different places, it all began practically the same way and all resulted in settlements and, eventually, society. While different areas did have different plants, diets, domestic animals, and agricultural practices, all agriculture seemed to have began around ten thousand years ago, in an era known as the “Neolithic Revolution”.

During this time, the glaciers from the recent Ice Age melted and the warm weather and fertile soil created the ideal conditions for agriculture. Although the precise details have never been agreed upon, the general consensus is that agriculture happened through trial and error. Hunter-gatherers appeared to have simply stumbled onto the fact that they could grow plants and improved upon this process until they could effectively live on such a lifestyle.

This new science caused hunter-gatherers to, for the most part, stop migrating and settle down. The almost constant supply of food allowed these small groups to grow in population.

This ability to not have to search for food every second of every day meant that people were able to allocate time to other tasks like building or specialization. As agriculture became more and more valuable, protection was needed and so an army was formed. The leader of these armies soon became the leader of the villages. Eventually, these small villages would give way to cities, dynasties, cultures, governments, and civilizations.

In East Asia, one location in particular is a major origin of agriculture. This area is located around the middle and lower basins of the Huanghe and Yangzi rivers. The adequate rainfall and the rivers allow the region to be extremely fertile. It has been discovered that, as early as seven thousand BC, hunter-gatherers had formed villages around this area and was farming wild rice and foxtail millet. Many believe that this domestication began when hunter-gatherers in Southwest Asia began the practice of replanting such plants to sustain the amount of food available and make this supply easily available. Over time, this system of agriculture improved until there was seed selection, planned harvest seasons, and winter storage. Agriculture became so efficient, that villages and cities were able to form solely on a plant-based economy

In fact, crops became the central focus of many settlement and led to the development of tools , culture, and specialization of skills as more time became available. The city also showed evidence of the creation of stone tools such as axes, reaping knives, and stone mortars. It was also discovered that they had invented pottery and microblades in order to make harvesting easier and allow the boiling of food to create a flour-based cuisine.

The domestication of plants also lead to another aspect of agriculture, which was the domestication of animals. In this particular region, pig, dog, and cattle were the first few animals that were domesticated. This was extremely important because a plant-based diet, while sufficient enough to sustain a large population, actually had less nutrition than the hunter-gatherer diet. Eventually, the domestication of both crops and animals became so important that they were considered a symbol of wealth. The more crops or animals a person had, the more powerful he or she was. In fact a ruler of one of the earliest dynasty, the Chou dynasty, was named “lord of millet”.

Other crops, like barley, wheat, and soybeans, were even considered luxury crops and were offered as tributes to Chou rulers. It came to a point where protection, class systems, and government was necessary in order to ensure that agriculture was maintained and thrived, since agriculture was so vital the population. As governments and cities became more and more powerful, Neolithic cultures spread throughout China along with different agricultural practices through either conquest or migration. The broadening of agriculture across Asia also meant that cities and cultures, and therefore civilization and society, stretched across Asia.

Stay tuned for part 2 of this post, where we will go over two more regions where agriculture originated from- Eurasia and the Egyptian Sahara! 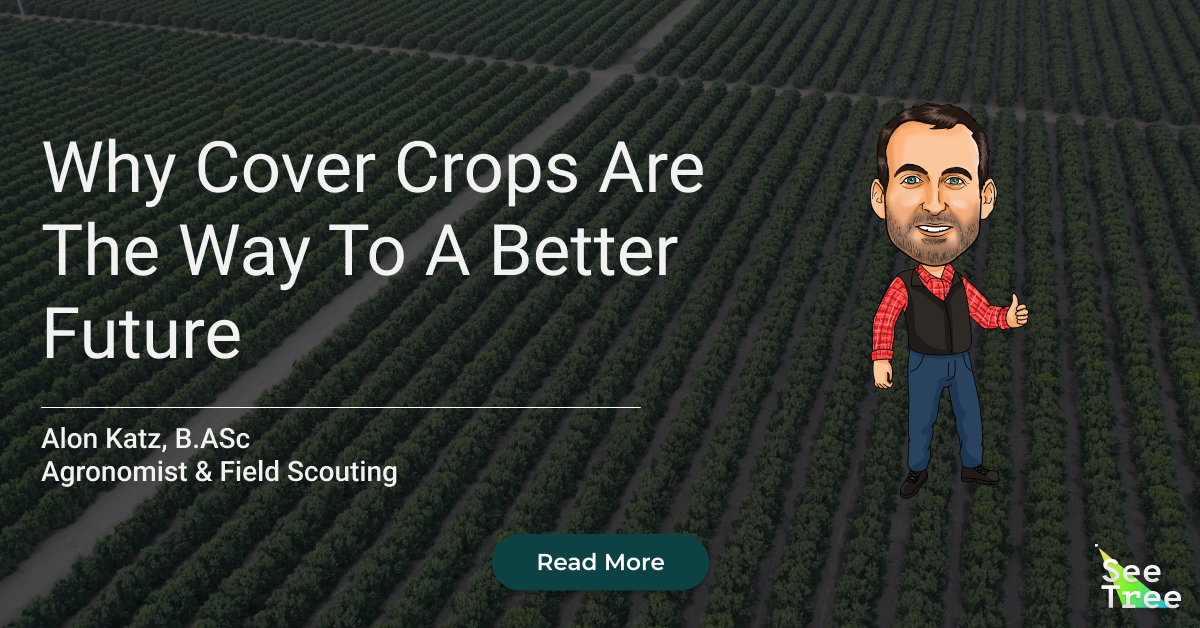 Why Cover Crops are the Way to a Better Future