Haven't had a chance to read part I yet? Click here

What Agribusinesses Need to Know about the Carbon Market

In our last post, we established that we can play a role in reducing the effects of carbon emissions through carbon sequestration. But understanding the importance and the scientific theory behind climate change and carbon sequestration isn't enough.

It's time to get practical.

Implementing carbon sequestration methods can have direct positive effects on your soil quality and yields. But even if it didn't, governments around the world have tried to make it worth doing by creating carbon markets.

‍What is the Carbon Market?

The carbon market is a carbon trading system that began with the UN-issued Kyoto Protocol.

The Kyoto Protocol was originally signed by 41 countries in 1997. Today, it has 147 countries signed on, all declaring that climate change exists and that humans are responsible for creating it and for solving it (through mitigation and adaptation).

The treaty is designed to incentivize countries and businesses to take an active role in reducing CO2 in the atmosphere. One of the ways it does that is by putting a cap on the carbon each country is allowed to produce. These target carbon emissions are measured in AAUs, Assigned Amount Units.

To create some flexibility, the Kyoto Protocol allows for emissions trading. When a country has AAUs to spare, it can sell them to a country that is going past its target.

‍Private Businesses in the Carbon Market

A lot of countries are trying to reach their targets by passing the caps on to companies in the private and public sectors. The country's AAUs get divided between businesses, which then have to figure out how to stay on target. In turn, there's a carbon market for companies too.

In the EU ETS, the first and largest carbon market, prices over the last few months have hovered between €75 and €95 per carbon credit

As growers, rather than having to spend money on buying carbon credits, you can make money by earning and selling carbon credits. For example, whole orchard recycling, which involves grinding obsolete trees and integrating their woodchips into the soil, can sequester five tons of carbon per hectare. For qualifying growers, that could have translated to as much as €475.

Agriculture isn't one of the top industries contributing to carbon emissions, but it has room for improvement. Fortunately, there are a lot of solutions and growers are even in a great position to benefit from the carbon market. Using your resources to increase carbon sequestration can simultaneously improve your yields and earn carbon credits – it's a win-win.

Some of the most popular, especially for citrus growers, are:

Some of these come under the umbrella of agroforestry, a broad approach to sustainable agriculture that’s popular in the UK. In agroforestry, farmers and growers integrate trees and bushes into the lands where they have crops or livestock. Agroforestry can decrease water usage and pest outbreaks while improving soil health and pollination. Furthermore, agroforestry can significantly reduce CO2 emissions, as a single tree can capture thousands of tons of carbon over its lifetime.

‍Crank Up Your Carbon Farming With Regenerative Agriculture

Agroforestry is a collection of techniques, but it is just one example of a broader agricultural philosophy known as regenerative agriculture.

‍Conventional farming focuses on producing high-quality and high-quantity yields, no matter the effect on the ecosystem. Sustainable farming emphasizes building and maintaining an agricultural system in harmony with the ecosystem to support long-term productivity. Bring sustainable agriculture up a notch, and you get regenerative agriculture – an approach that aims to actually improve the condition of the soil and the planet, rather than just stop making it worse.

Regenerative agriculture encourages optimal crop growth by giving an ecosystem the chance to restore its natural resources. This approach can contribute to:

According to Rodale Institute research, “The carbon sequestration potential of regenerative agriculture is massive and even surpasses global CO2 emissions.”

That means if all farmers adopted regenerative ag practices, we could sequester more than 100% of our CO2 emissions.

This probably isn't a realistic expectation, but it does mean that we have a good place to start.

Regenerative agricultural works along with the natural tendencies of an ecosystem. This doesn't always make a grower's job easier. But by combining technology with a willingness to think outside the box, you can reduce carbon emissions, revitalize the ecosystem that nourishes your produce, and boost your bottom line. 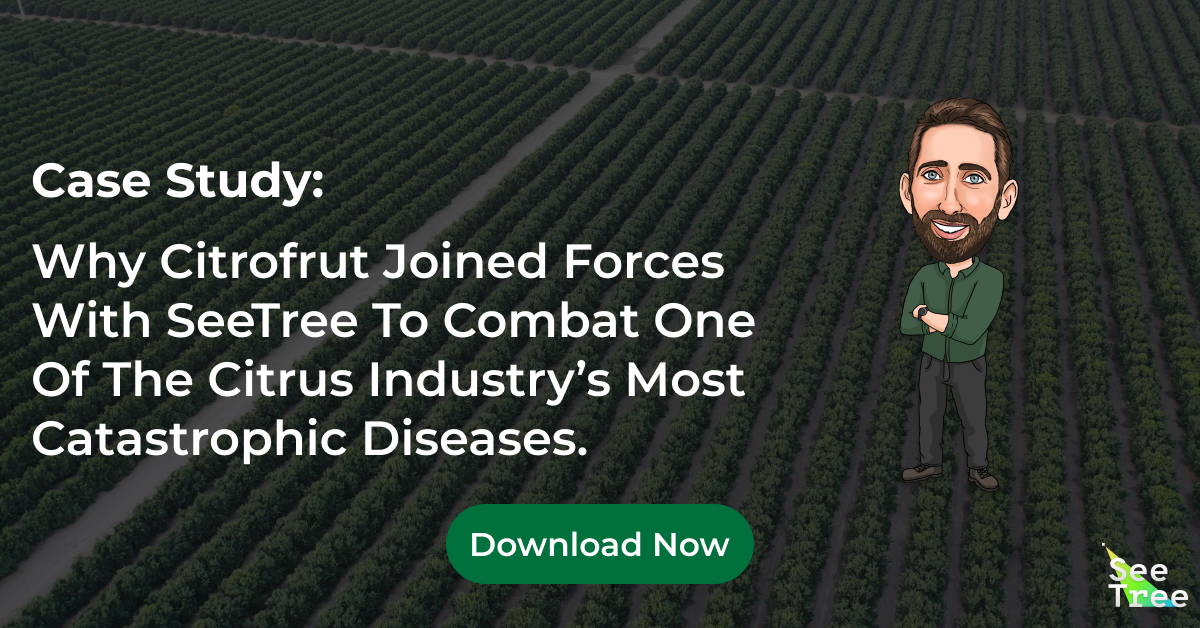 Why Citrofrut Joined Forces with SeeTree